A walkover survey, looks for new archaeological features relating to the occupation or activities over a large area.  Often prior to fieldwork, a series of records and resources are examined and collated, such as aerial images, old maps, LiDAR data etc.  Often earthworks, walls and discreet features are recorded on a plan and logged with handheld GPS, photographs and preprepared record sheets.  The idea is to investigate known sites and prospect for new, this wider survey often fits in with other land-use surveys to provide an overview of the area.

PRINCIPLE: Carry out systematic survey over a large area, collecting data on sites on pre- prepared forms, photographs and sketches.

Get your eye in by visiting known sites in the same environment.

You can often “guess” where sites should be (flatter areas, near water etc)  but do not ignore other topographic zones.

Never go alone on a survey such as this, as they are often in remoter locations.

A team of three can divide up the task of locating/drawing, photography and written record between them

Think about the end product before starting the survey.

GIS mapping of your survey is a good way to visualise the landscape.

When recording walls and banks for example – remember these are linear features and do not suit single points of GPS location.  Try tracking the feature.  You may also locate other sites using this method. 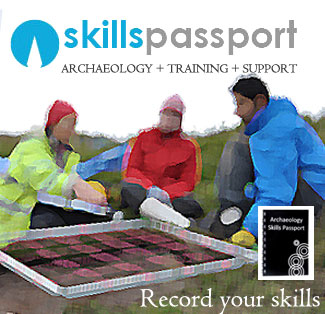